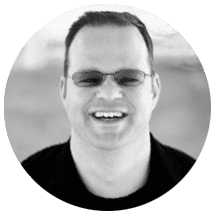 In his pursuit of applying current technology to students for use in their careers and goals, Scott is an AVID Expert Instructor (ACI) for Pro Tools, the industry standard in the recording and live sound business, and has taken over 50 post-Doctoral courses in the field of audio, acoustics, audio for video, and live sound applications. In this pursuit of this area of study, Beckett has been involved with the renovation and implementation of new recording equipment in various business and Religious spaces, changes in acoustic environments, and production of many albums that all involve student learning and engagement.

Currently, Scott is a the owner of Blessed Dynamics, a boutique microphone and cable company specializing in hand-made products, and part owner and the Lead Instructor of Pro Tools courses for Pro Tools Certified Training Company.

"I considered going somewhere else to train, but that takes food and travel expenses, as well as additional days off work. I was able to complete these courses when I had the time and the cost was way better than the other ‘big’ training places."

"The Instructor was extremely knowledgeable, presented the information very professionally, and cared enough to spend a little extra time with me to make sure I knew the material before I took the exam. I highly recommend these courses!"

"The sheer cost of taking these classes in a ‘Big City’ was out of my reach, and I was ready to start recording today. These guys were a lot cheaper, and I could do the coursework as fast as I wanted instead having to wait 16-weeks for other places."